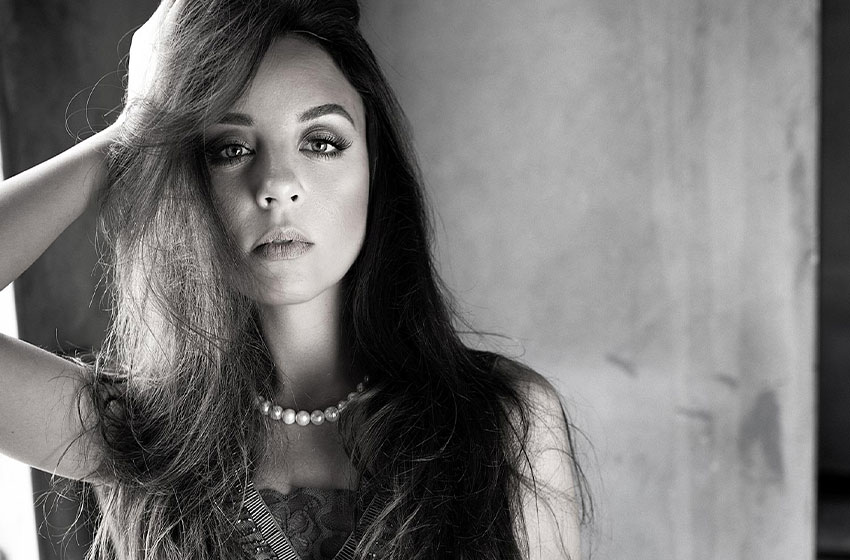 With her alluring flair and spellbinding performance, the stunning Mariam Al Khosht has captivated our sensations in ‘La Totfea Al Shams’ (The Sun Will Never Set). Aside from rising to prominence after her role as Shaheera, Al Khosht amalgamates her predilection for makeup art and fondness for animals to focus attention on the controversial issue of animal-testing. Over and above, she spares no effort to spread awareness on the sensitive topic, from leading a cruelty-free career in the makeup field and rescuing stray animals, to supporting animal protection shelters and foundations. The glamorous philanthropic activist and actress opens up about living a cruelty-free lifestyle in Egypt and tells us a bit about her acting career.

You fling yourself into various activities, from makeup art and acting, to TV presenting and ani- mal advocacy. How did you get involved in all of them?

This goes back to my character; I’m a very inconsistent person who can’t settle into a routine or hold a daily job. I believe that the only way to be no slouch at what I’m doing is to appraise new things. I majored in Art, which ignited my passion for makeup art and went alongside my love for animals. I also used to work in dubbing when I was ten, which somehow paved the way for me to be a radio presenter. In general, I enjoy diversity in my experiences.

Tell us about your acting experience in ‘The Sun Will Never Set.’

I’ve always taken exceptional pleas- ure in acting, ever since I used to dub cartoons and participate in college plays. I became more obsessed with theatre because it was my mother’s field of study, to the point that I took a year off after I graduated and did noth- ing but performing plays. I got many offers to play good roles in TV series and movies, but I was constantly anxious of going commercial and appearing on screens. ‘The Sun Will Never Set’ was different since working with director Mohamed Shaker Khodeir was one of my dreams. I’ve watched his two recent masterpieces ‘Tariqi’ (My Way) and ‘Grand Hotel’, and I was expected to participate in the latter, but that didn’t work out. So when I got the opportu- nity to get casted, I seized it with both hands. It was an overall unique experience and a brilliant kick-start with a talented and cooperative group. 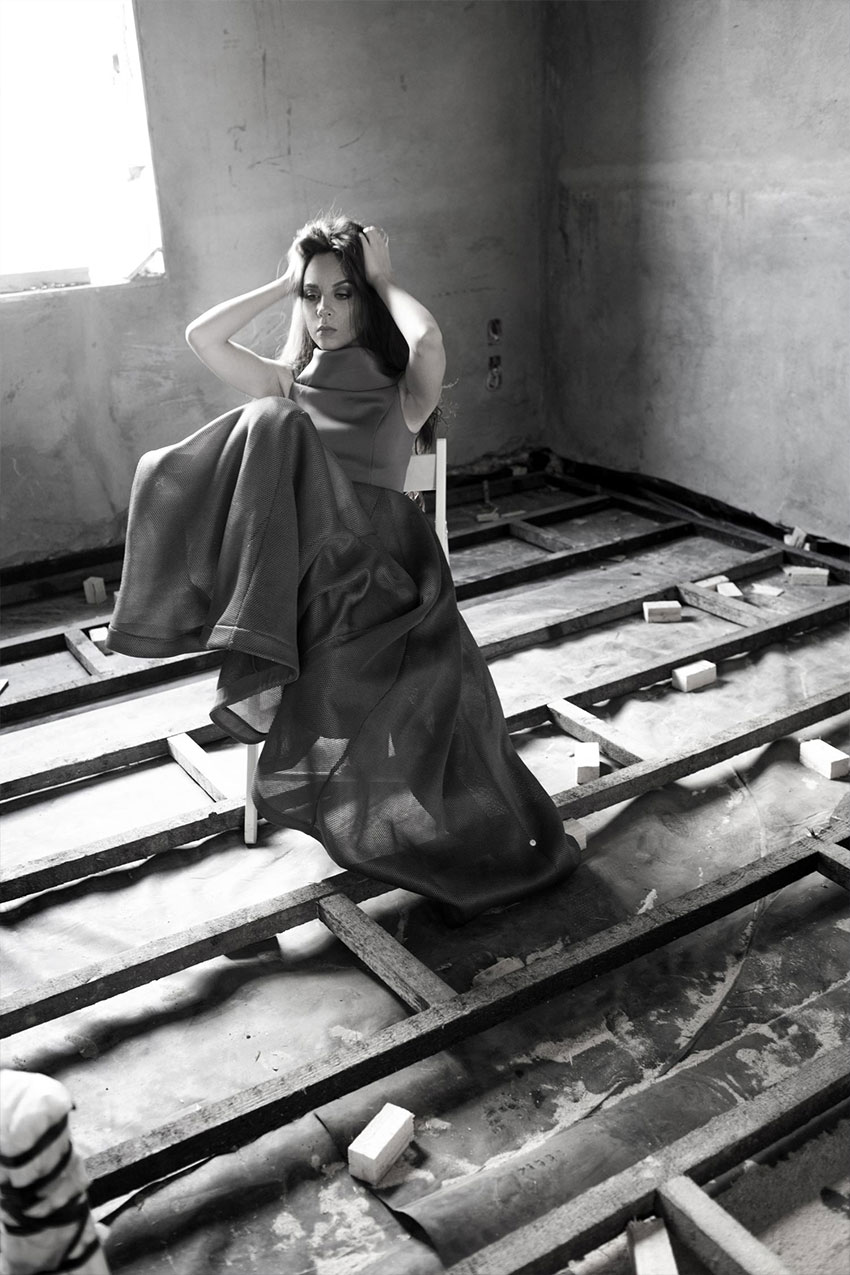 When did you discover your profound love for animals? Do you have any pets?

Seeing as the only sport I’ve ever practiced was horse riding alongside the fact that I’ve always kept ani- mals growing up, I naturally began looking at my pets as part of the family.

What do you think of the use of animals for medical research in general, aside from beauty industries?

Utilizing animal-testing is necessary for medical research to conduct experiments on recently-invented drugs; however, there are a number of countries in the Middle East and abroad who endeavour to find alternatives because the results of these tests aren’t even accurate enough to be applied on humans, regardless of being inhumane. A stem cell research is currently in progress with the primary aim of mimicking exact human cells, which could be used to test the effectiveness of new drugs.

How can our readers replace their cruelty-free makeup on a budget?

It’s pretty simple because cruelty-free products have a wide variety of prices and qualities that suite different social levels, just like other regular products. People only need to go over more brands and collections.

How do you advise we live a cruelty-free lifestyle in Egypt?

Well, it is far from an easy task, yet it demands nothing but firm belief. For instance, if you’re religious and live in a liberated foreign country, you can find ways to resist the habits that don’t comply with your religion. I’ve been living a cruelty-free lifestyle for nearly three years, but it’s surely difficult to find cruelty-free toothpastes, detergents, and medicines. I usually don’t turn to medi- cine unless it is an emergency; instead, I use natural cures like ginger, honey, and lemon out of my faith in that a chemical- free body is way healthier.

How did you come across the notion of cruelty-free products, and did highlighting it bring any positive feedback or progress in Egypt so far?

I initially made the attempt to learn makeup art to suit my wedding budget, and while looking through tutorials, the term of cruelty-free products piqued my curiosity. Giving an account of my well- known reputation of being an animal advocate on social media, I posted the concept to spread more aware- ness about it. Surprisingly, it achieved a notable progress since some ladies began messaging me to ask about rec- ommendable cruelty-free products and where to find them, as well as people who wanted to help animals in general. As a result, the renowned makeup artist, Asma Sherif Moneer is striving to make the switch to cruelty-free makeup prod- ucts.

How can we spread more awareness of this topic in Egypt?

Awareness is about talking, posting, and sharing – not bragging. People who talk about their story to live a cruelty-free lifestyle could be a source of inspiration and motiva- tion for others who have gone through the same difficulties. You don’t have to be a celebrity with thousands of fol- lowers; you only have to be a believer, even if you only influence one person.

What is your opinion on..Keeping wild animals as luxurious pets:

I remember crying upon witnessing the cruelty that happens in circuses. For me, this act is no different than the concept of slavery. No one ever has the right to cage those creatures and steal their freedom; it is an act of absolute arrogance. Euthanasia: I believe that no one could ever be more merciful than god, and that he uniquely and solely

is granted the right of ending a life.I used to have a severely ill cat;we thought she was dying and my mother asked the doctor if we should euthanize her. The doctor said ‘it isn’t my decision to make.’ Eventually, the cat recovered. If we were to make this decision back then, we would’ve killed a soul that could have lived if we gave it the chance. Spaying/Neutering: There is a common slogan in animal protection foundations which claims “you can save a million animals by neuter-

ing one.” It’s better to get your pet spayed or neutered for a variety of reasons: aside from becoming less aggressive, you can never guaran- tee a happy life for the offspring your pet will bear.

Can you name any trust-worthy animal shelters in Egypt we can donate for? There is ‘HOPE Egyptian Baladi Rescue & Rehabilitation,’ who specialise in rehabilitating rescued animals in need of any kind of treat- ments. ‘ESMA’ will always be worth mentioning as well. There is also ‘Animal Protection Foundation,’ which is one of the best shelters I’ve ever visited.

I’m proud of the amount of people who have become aware of ani- mal rights. I want to give a shout out for animal lovers out there, and tell them that they don’t need to have experience to protect animals. If they put a blanket out in the streets, they can warm a dog in chilly winter nights. If they put a bowl of water at their door step, they’ll help a stray to quench its thirst.