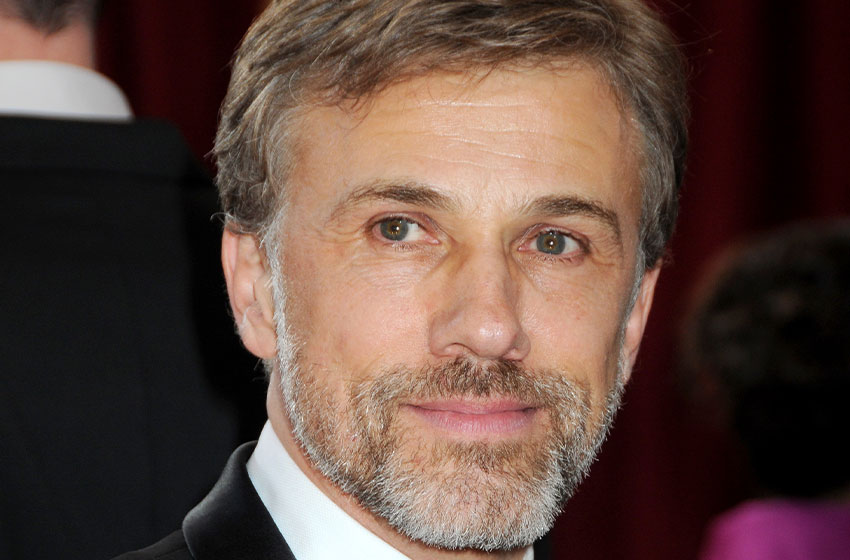 On his role of Dusan Mirkovic in Downsizing

Set in the near future, Norwegian scientists have developed a process for shrinking humans to tiny figures about five inches tall but the benefits, they believe, for mankind could be gigantic – each tiny being will only consume a fraction of what a regular sized man or woman does, saving rapidly diminishing food and energy resources in the process. Matt Damon plays Paul Safranek, a regular guy struggling to make ends meet as a physical therapist, who, along with his wife, Audrey (Kristen Wiig), decides to ‘downsize’ and go and live in Leisure Land. After Paul goes through with the procedure, he discovers that the same old problems exist – his rascally charming Serbian neighbour Dusan – played by Christoph Waltz – is making a fortune smuggling contraband and there’s an underclass of workers, mostly immigrants, who clean for the rich. Here is Waltz on his role in ‘Downsizing.’

When did you first see Downsizing? What did you think?

They screened it for me at Paramount and it was not in the finished state yet, and they kept working on it. They made wonderful improvements. They didn’t change much: they didn’t add anything or take anything away, but they sort of created a beautiful flow. It’s not faster, but it now really stays with the idea the whole time. There were little blockages before that they masterfully ironed out. It was really great to see it the second time round.

What was it about the project that drew you in?

I wanted to work with Alexander [Payne]. You want to work with people and say, ‘well, wouldn’t it be nice?’ And then you talk and you kind of put this idea into the world and then you see what will happen. In this case he actually had a completely different idea. He’s the writer and he created this character, this person, and of course it’s inevitable that he has a very complete idea of who and what and why and how this person should be, and then along comes someone who says, ‘look, wouldn’t that be something for me?’ He says, ‘yes, it could be, but not in my book’ – literally. So there was a, let’s say, period of rapprochement.

Alexander and Jim (Taylor, screenwriter) have had this idea for a while. When did it first come to you?

Yeah they’ve been working on it for ten years at least. It’s not a new idea –we’ve all read Gulliver’s Travels – but it’s just the application of it and the relevance and the context. So then I saw a script shortly before they started shooting, when it was time to cast that part. I do believe that they approached other people first that were closer to Alexander’s initial idea.

Alexander is very nit-picky, and for good reasons. I like nit picking. It’s about details. The broader stroke is a given because that what you’ve got, that’s what you’ve come with – even without thinking for a second about what you’re doing – but the moment you start thinking about what it is you’re supposed to do, in the interest of the story being told, you have to go into details. A story cannot, by definition, be a generality. An industrial product can be, but even the good ones, in that respect, are extremely detailed. It is the accumulation of details that really makes it. So nit picking is just another way of describing that.

What kind of thing was Alexander particularly detailed about?

Well, for example, the dialogue. He wrote it, and it’s in his ear. To me, it’s in my mind, and it’s on the script. Of course, it takes a certain time for him to get accustomed to hearing it completely differently, so he’s trying to adjust without really trying to press me into that mould too much, so that I don’t feel restricted or inhibited. That’s part of the process.

I like the concretisation of a concept that has many more implications than the actual physical downsizing. The physical part is a wonderful way to make it tangible and concrete in order to tell the story more lucidly. It is, in a way, a prime example of storytelling, because really I consider the idea of downsizing not a physical thing alone. I think it’s quite interesting, very often I’m asked, ‘would you do it?’ And I say, ‘what?’ And they say, ‘Downsizing.’ I respond, ‘that question implies the assumption that we’re big.’ [Laughs]. It’s always really a matter of proportionate perspective. I think if we applied that to see our importance in the universe proportionally, and realistically, if there is such a thing, then we’d be a step ahead. Speaking about reality, it’s the same thing. It’s more or less what we agree on, and then we call it ‘real’. Really? That’s ‘real’? We’re ‘big’? Come on! So we might just go through this additional process of realisation. Imagine in the 16th century, or the 15th century, when all of the sudden you’re not the centre of the universe, you’re just a speck in the maelstrom. The order falls apart, because we have arranged our order according to our impression, and then we just call it ‘reality’ because it makes it much simpler. I can then tell you that you don’t see it realistically and I do. And you don’t see it realistically until you see it the same way I do. It’s the same thing with size.

Alexander is particularly good at blending comedy and drama and Downsizing is a good example. Did you like the tone of the film?

I did. Actually, that is my favourite element in the whole thing, because I firmly believe a story that reaches that far into the uncomfortable and burdensome needs to be told in a light way to be given the opportunity to arrive at all. I think we close ourselves off to very uncomfortable or threatening situations that question out position and our situation, so to actually make us laugh, they’ve used that since the Greek antique. Comedy can tell us very uncomfortable details about ourselves, in a way that we actually internalise it and let it reach us.
That’s why this movie cannot be lauded and praised enough, not just for the actual content, but also that it deploys classic means of transportation, so to say.

What was it like working with Matt Damon again?

I’ve worked with him before on The Zero Theorem, and it’s a pleasure. It really is. He’s a smart guy and he knows what he’s doing. He’s disciplined, he’s lovely, but I almost feel embarrassed to say that, because first of all, why should it not be? And second, it’s a more than well-established fact that he’s just wonderful to work with.