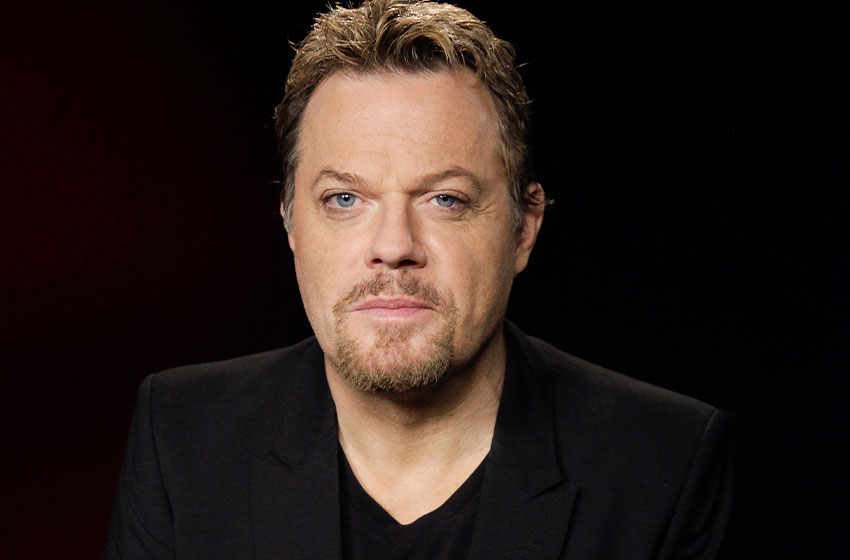 On Victoria & Abdul and Revamping His Acting Career

After hearing about how our favourite English comedian, Eddie Izzard, might possibly be giving up on comedy to focus on becoming the first transgender MP, he’s back with new surreal material, ramping up his acting career like never before. Izzard plays Bertie in his latest film, Victoria & Abdul. Check out our interview with the brilliant actor on the film, his career, and his political plans.

Set the scene for Victoria & Abdul.

This is the story of Queen Victoria

having a relationship, in the last years of her life, with an Indian gentleman called Abdul Karim. He was brought over for her golden jubilee. If anyone knows Britain, ings and queens have these jubilees where they say, ‘Hey, I’ve been around for a long time, let’s spend more money on something.’ So these guys are brought over. ‘You’re coming over. Give the Queen this.’ He’s told never to look at the Queen, and he does look at the Queen. The Queen is surrounded by yes men – ‘anything you say my Queen, yes my Queen’ – and they’re flatterers, jockeying for position. Abdul is just very human to her. He looks at her and talks to her, and kisses her feet at one point. She goes, ‘this is very interesting. I want him as a personal servant.’ So this relationship develops.

Did you know a lot about Bertie before taking the role?

I think he’s not that well known. They get him mixed up with Eddie VIII, who said, ‘I’m off with Wallis Simpson.’ I know a lot about history, so I knew he was there, but I didn’t know for quite how long, and I didn’t know what he did. Bertie wanted Mum to stop living really. ‘Give me a go on the throne. It’s my turn.’

You’ve already mentioned Bertie’s weight. How key was the physicality to finding his character?

It is a very key thing. I put on 12 kilos to play him. I couldn’t grow this two year beard – it’s a massive beard that he had – so it had to be attached to my face. But there was also the way that I carried myself. When I was walking around, once I was Bertie, I moved totally as him, all the time. And there’s the cane. I’m very wary of props, but you can

understand why people had canes. They’re just intriguing. It seems like a commanding position. You can poke at things.

Was working with Stephen a big draw on this project?

If Stephen had said, ‘Look, there’s a film. Judi Dench is in it, I’m directing it. Do you want to play a blade of grass?’ I would have said ‘yes.’ The fact it was playing Judi’s son – Judi Dench in a Stephen Frears film – it’s just great. Also, there’s the fact that Stephen came and saw my stand-up, which is surreal comedy, and still gave me the gig. I normally encourage people not to see the day job. It is a weird thing I’m doing here. I’m trying to hold back comedy while pulling up dramatic acting. They are cousins, but there’s not a huge amount of crossover, so they’re confusing I think.

How did you return to acting?

It took so long for comedy to come. I did sketch, then street, and then stand-up. When the stand-up was taking off, when I was just about 30, I thought, ‘I’m going to put a pin in all of that, and I’ll get a separate agent.’ So I got a separate acting agent, Nicki van Gelder, and I said, ‘I just want to do dramatic roles.’ I started trying to bring that up to catch up with this, and hold that back. Which is a very odd thing to do. If you know careers, you don’t do that. It’s confused everyone since then. But it was pulling this rug out. So, the comedy is now in four languages, and I think I’m doing pretty interesting stuff, and the drama’s getting pretty interesting too.

You did some stand-up in India recently. What was that like?

It was fantastic. 200 Million Indian citizens are speaking English, and those kids are doing stand-up in English and Hindu, with Hindu punch lines sometimes. It slips in and out, which is fantastic to watch. I went and saw an Indian

stand-up club, and those guys are ready to rock and roll, they’re ready to play the world. I just thought, with the history of India, I wanted to play there before the film came out. It was beautiful to get in there. When I was in Asia, to be honest, in a number of countries I was playing, a lot of expat audience was coming, and I just love playing to local citizens. In India, it was 95-98 per-cent Indian citizens

coming. That was in Mumbai, Bangalore, and New Delhi. I was very happy.

Do you adapt your material to local audiences?

No. Dangerously, I don’t do that. You would think that you should, but that’s not the way I drive it. What I’m trying to do is like this film. We don’t say, ‘From your perspective, it’s more like this.’ We say, ‘Here’s a story.’ I open my

stand-up by taking about human

sacrifice, and saying, ‘Why did

someone say the weather is bad, the crops have failed, the gods obviously hate us, so we’re going to have to kill Steve? Why kill Steve if the crops are bad?’ Somebody said that, and they were saying it all around the world. So when I get to Stockholm, the kids go, ‘Yeah that’s crazy.’ When I get to Moscow, they go, ‘Yeah, that’s stupid.’ Everyone gets it. So I try and do a show that will play all around the world, in 45 countries now, and four languages. Everyone digs it, because they’re just open-minded.

How have you been able to do stand-up in four languages?

I don’t know. It’s just hard work. People might say I have a facility for language, but I don’t think I do. I think I just have a desire to learn languages. It’s a positive thing for humanity. It’s anti Brexit; it’s anti Trump hate, anti all that negative stuff. I’m saying, ‘I’m proud of my country, but I want to reach out to all the other countries. Can we learn from you? Can you learn from us? What have you got going? What have we got going? How can we all move forward?’ We’re all human beings, and I’m not going to be prejudiced against anyone. I was born in Yemen. Arabic is the fifth one I’m going to learn, and then Russian. I’ve toured France to 5200 people, tout en Francais. And I’m going to improvise my next show, to develop it, in Paris, in French. It’s good that the moderates of the world really get motivated. I’m a radical moderate; I do radical things with a moderate message. If the extremists of the world have got wind in their sales and it’s taking us back to 1930s politics, us moderates have to get up there and get out there, and do things, invent things, come up with stuff, and show a positive face. Because otherwise we’re just going to be dragged back down into this hatred place, and we’ve done that, and we know it doesn’t work, and it’s not the way forwards.

You said recently that you plan to stand for parliament in the UK. Are you still on track for your political career?

Yes, I will try and stand to be a member of parliament in the first general election after 2020, because now the goalposts have been moved about when

elections happen. But the first general election after 2020 – that’s what I’ll go for. So I’ve got to write films, make films, do tours, learn languages, up to then.

Is there a particular historic figure that you would like to play?

hanker for, in case I couldn’t get it. I do like playing driven people, and I’m happy to play twisted bastards, because I think maybe we have all that potential inside all of us. Certain people inside countries give permission for people to behave badly, which happened to Germany in the ‘30s: ‘If you want to behave badly, my name is Hitler,’ he said. ‘Hey, behave badly. Join our team.’ So the potential is maybe in all humans, but I try and fight not to have it in my real life.

Do you think you’re fundamentally an optimistic person?

Well, I just think if you’re a transgender guy who’s come out 32 years ago and running 80 marathons, you’ve got to be fairly optimistic, otherwise you wouldn’t be here, so yeah, I’m definitely an optimist. I’m a ‘glass is two-thirds full’ optimist.