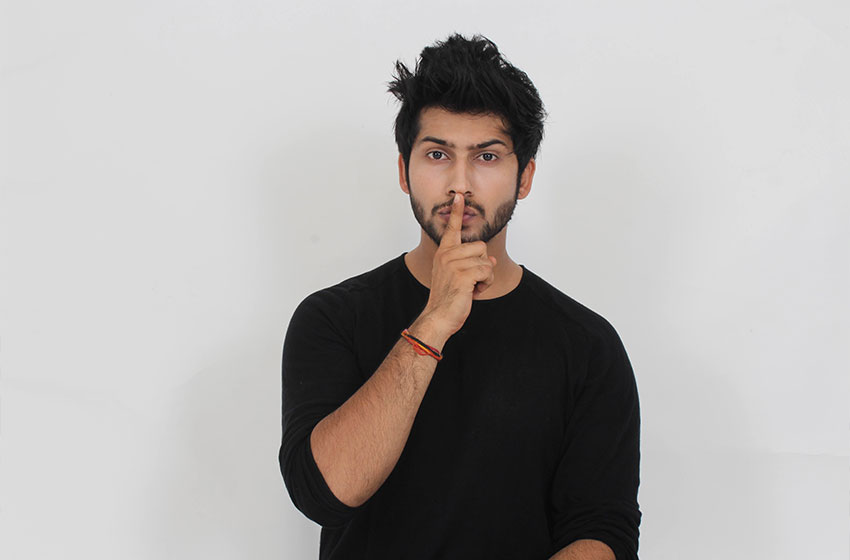 This handsome actor first made his debut as Chiraag in the Indian television drama ‘Ekk Nayi Pehchaan’, but today you’ll recognize him for his the role as Lakshya opposite Tejaswi Prakash Wayangankar in the hit series ‘Swaragini’ (And There is a Murderous Love). Insight gets to know about Namish…

Tell us about yourself…

I was born and brought up in India’s capital, Delhi. Since I was a child, I always wanted to have a career in dancing, but it seems destiny had different plans for me. I ended up becoming an actor. A couple of years back, a friend of mine asked me to accompany him to an audition, after the audition, as we were about to leave, the casting director told me to give it a go and try my luck in acting. That was when I first got bitten by the acting bug and started going for auditions.

Who encouraged you to pursue your career?

I didn’t think my parents would allow me to pursue a career in dancing, so I secretly started learning b-boying (breakdancing). But when my dad found out about my passion, on the contrary he encouraged me to follow my dreams. He renovated a room in the house in which to practice and gave it to me as a gift. I was very surprised and shocked after getting this gift from my dad. Acting was never on my to-do list; it happened by chance.

How did you get your role on the popular series ‘Swaragini’?

After my first show ‘Ekk Nayi Pehchaan’, I started getting calls from several production houses. But I was not happy with the roles that were offered. One fine day, I got a call from Rashmi Sharma’s production house; they briefed me about the character. I went to meet the casting director, auditioned and got selected.

What quality do you like about the Tejaswi as a co-mate?

Tejaswi is like a child; she’s sweet and innocent

What was the hardest scene to act in the series?

There were so many scenes. In one of the sequences, my character Lakshya was drunk. It was quite difficult, because I’ve never done such type of scene before. To look authentic on screen, I thought about gulping down a few drinks before the camera started rolling. But we were shooting in Mumbai, which comes under Maharashtra state, where it’s illegal to consume alcohol under the age of 25. As I was still 21 at that time, I had to drop the idea.

What was your favourite moment in the series?

Each & every moment I spent on the set was memorable & close to my heart.

What was it that made Lakshya & Ragini so popular & lovable as a couple?

I believe our real life friendship added a cherry to our on-screen chemistry.

What’s the best compliment you’ve received about the series from your fans, families or friends?

One of my fans told me that my eyes are intense & sometimes without saying a single word I convey a lot through my eyes.

Why did you choose to start acting on TV rather than the cinema?

I didn’t choose to act on TV; TV chose me. Although I’ve started my career on TV; somewhere down the line I would love to do a Bollywood film.

When you’re not shooting; what do you enjoy doing?

I spend a lot of time with my nephew Lavin, playing with my pet dog; watching videos on youtube and dancing whenever I can.

What do you like most about being an actor?

I get messages, emails and compliments from every nook and cranny that I would never get if I weren’t an actor. Apart from money and fame, the most important thing I got out of being an actor is the unconditional love of my fans.

Are you happy with where you stand at this point in your career?

Yes I am very happy with the way my career is shaping up.

What kind of demands are put on you as a celebrity who is always under the spotlight?

Our private life is constantly under public scrutiny, which can be very irritating, but it’s part & parcel of the glamour industry.

We know that your friendship with Tejaswi began before the series ‘Swaragini’. How did you meet?

I knew Tejaswi before I signed ‘Swaragini’; we did a mock shoot together for a show, which was scrapped before it went on-air.

Did you feel it was a risky move to quit choreography & move from Delhi to Mumbai to try your luck with acting?

More than a risk, it was a challenge for me. I came to Mumbai, to become a dancer, but when I got the offer to act in a television commercial, I grabbed it with open arms without thinking much.

My father was a teacher at the school I attended. As I love dancing, when my school senior’s requested me to teach them b-boying, I couldn’t say no. My father saw me while I was teaching them in the classroom. I thought he was going to kill me! But when I got home, he actually asked me if I wanted to be a dancer? He renovated the room so that I could practice, learn and teach dance in it, instead of in the classroom.

Have you ever been to any Arab countries?

No, I haven’t yet had the opportunity to visit any Arab countries yet.

You have a special bond with your mum and she was the one who encouraged you to start with acting. Do you you consult her whenever you’re offered a new script?

My mum is also my best friend, I always take her advice before making any important decision. Apart from her, I consult my manager K Himaanshu Shuklaa before signing anything, as he is well aware of what is good for me.

Do you follow any diet & exercise regimes in order to keep fit?

Yes, I am a foodie, but I follow a strict diet. But to stay fit I dance whenever I can. I believe it’s one of the most entertaining ways of giving your body a workout without lifting hundreds of kilos. Not only does it help me to stay fit, but it also revives me and is like a stress buster. B-boying is my forte, and if you want to stay in shape, then it’s super-cool way to burn calories.

Tell us about your love for animals; we heard that you’ve adopted a very cute dog ..

I always make sure to feed a few strays near my home before going to the bed. I think it’s our moral responsibility to take care of these innocent stray felines and dogs. I was shooting in Filmcity, where a stray dog gave birth to two puppies, a few days later the mother dog disappeared and after searching, I found out that a leopard had killed her. I was disheartened after that incident, so I started feeding the puppies on a regular basis. One of the puppies died in an unfortunate accident and the second one was left frightened and whimpering. I had tears in my eyes seeing her like that, so I adopted her. Now, she is part of our family.

What are your dreams and ambition for future?

To make a mark in the industry.

Is being widely known something you had expected? And how do you feel about it?

I’m quite happy, I never dreamed of becoming a public figure & I’m really enjoying this phase of my life.

What was the first message you received from your Arab fans?

I receive a lot of emails & messages from my Arab fans but sadly most of them are in Arabic; my manager translates them for me using Google translator.

Do you have any plans to visit any of the Arab countries?

Yes I would love to; Egypt and Jordan are on my bucket list.

A word to your Egyptian fans…