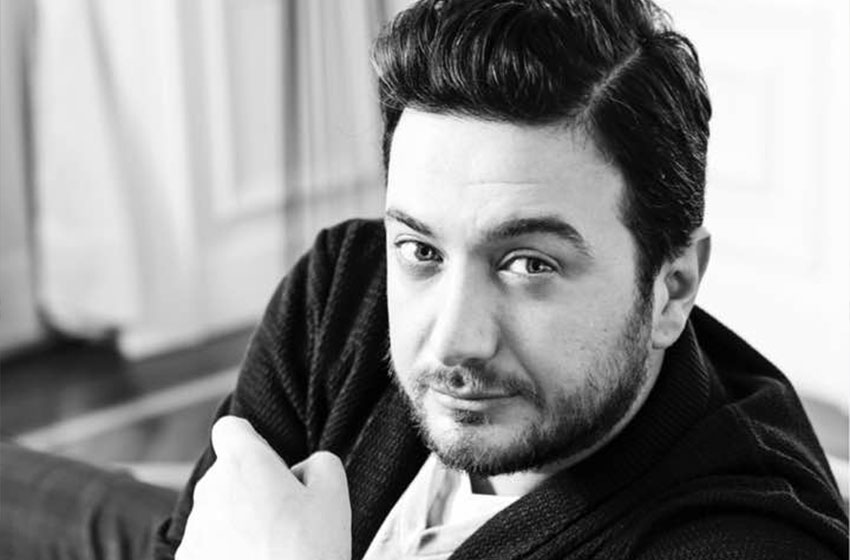 On His Role of Koray Sargın

The actor and casting director, Onur Büyüktopçu, has become renowned in Turkey and the Middle East as the brilliant comedian with clever one-liners in ‘Kiralık Aşk’ (Love for Hire). The star talks to us on how he got the role, what drove him to this field and what his upcoming plans comprise.

ou’re widely known as Koray Sargın in ‘Love for Hire’, but less as Onur. Tell us about yourself!

I am a 35 year-old who has taken up acting 16 years ago. I have been on the stage for a long time and starred in lots of TV series. ‘Love for Hire’ was a milestone for me. Three important things that I hold dear to me are my family, my friends and my job. I love acting!

How and when did you discover your passion for acting?

Being on the stage was my childhood dream. I had favourite TV series when I was a child and it was my biggest dream to be working with such actors and actresses. I think my love for those I have idolized in the field is what pushed me towards this career until I eventually did end up working with most of them. I had watched lots of plays, worked hard and made my best efforts to be an actor. After the age of 18, I had officially become a professional.

You went to ‘London Film Academy’ in the UK; how has that helped shape the brilliant actor you are today?

I went to the UK to study language initially, but then I started searching for drama schools to pursue acting. Basically, their methods primarily focused on being natural and sincere when you act, so in front of the cameras, I think those disciplines shaped my acting style.

How is the film/TV industry in Turkey different from that in the UK?

TV series in the UK are shorter and they do not shoot 40 episodes per season like we do in Turkey. In addition, I must say that most of the actors there seem to pursue that field only for the money.

Tell us how you got the role of Koray Sargın in ‘Love for Hire’.

At the beginning, I was the cast director of the show. All agreements with the cast roles had been determined except Koray Sargın. There was a reading rehearsal a week before the first shooting of the series, and since Koray was missing, I temporarily read the script and was surprised to find people laughing. Our producer and director conducted an audition with me, and this was how the character of Koray took form. During the following episodes, my role took place according to my performance and I began being noticed.

What are the challenges an actor faces when taking up comedy roles as opposed to other genres? How do you overcome those challenges?

It is difficult to act in comedies because you should always be highly energetic and show natural performance. It is easy to make people cry, but not to make them smile. I personally think that the purpose of life is to live well and make people feel happy; combining these with my job helps me cover those challenges.

Do you think that because of the success you gained as a comedian, this will confine you to this particular genre?

As an actor, I am responsible to do whatever my job requires. I would like to pursue different genres than comedy, but what the audience wants from me is very important.

Did you expect this much success for your role and for the series in general?

I did not. However, with good energy, a great team and a compelling script, success is inevitable.

What do you think makes Koray so popular?

He is sincere and genuinely funny. His clever jokes are what constitute the character so well.

How does it feel to be widely admired not only by a Turkish audience, but throughout the Arab world as well?

It is a great feeling. Every day, I receive lots of messages through social media and I try my best to get them translated so I can respond to them. They are always very loving, and it feels great to receive this much support.

We heard you were good friends with Nergis Kumbasar in real life. What can you tell us about her and your friendship?

Nergis Kumbasar is at the top of list that comprises the most important people that ’Love of Hire’ acquainted me with. She is a sweetheart and a great friend. I really love her very much.

We really had lots of fun behind the scenes, and I remember the times we couldn’t shoot because of our continuous fits of laughter that would not stop. Nergis Kumbasar is a really fun person in real life as well as professionally.

What’s next for Onur?

I have some projects I’m working on along with some TV Shows. I would also like to host a competition program based on general knowledge. Other than that, we’re also planning to begin shooting the film of Koray.

I really love my Egyptian fans, and would like to send them my love and kisses!