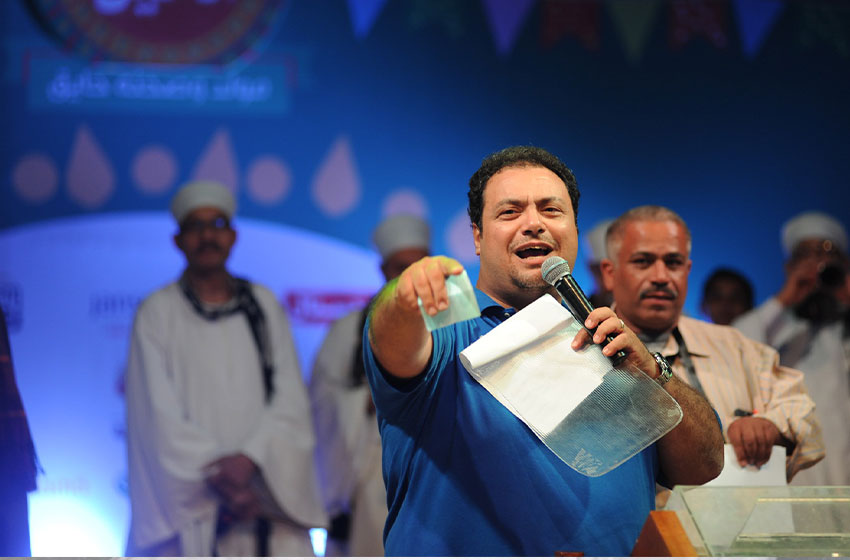 We have tried out numerous restaurants in Cairo, from fine dining to the juiciest of junk foods, at the comfort of our own homes through the taste buds of the ingenious gastronome, Mourad Makram. The proficient gourmet and talented actor has opened up to (in)sight about his road to fame, his business, and his future plans.

When and how did your journey in the media business begin?

It started by pure chance; a friend of mine called me about 18 years ago and told me that there are new cable channels opening and that we should apply. And since it was my brother and I who introduced professional karaoke in Egypt, I wanted to make it into a show –an idea which was previously rejected by the Nile TV, so I thought this would give me a second chance. We went to apply, presented the idea, and they approved! Karaoke Show was my first gig.

Another story that happened by mere chance. I had been looking five years before I started presenting The Gourmand to just star in a talk show, that’s all I wanted. Every time my plans were in the right direction with one of the channels, something would abruptly happen and it wouldn’t go my way for unknown reasons. Anyway, a friend of mine who runs a production house that works for CBC Sofra gave me a call and told me they were looking for somebody for a program. I presented the pilot episode with flying colours, and eventually came up with the name ‘Al-Akeel’. 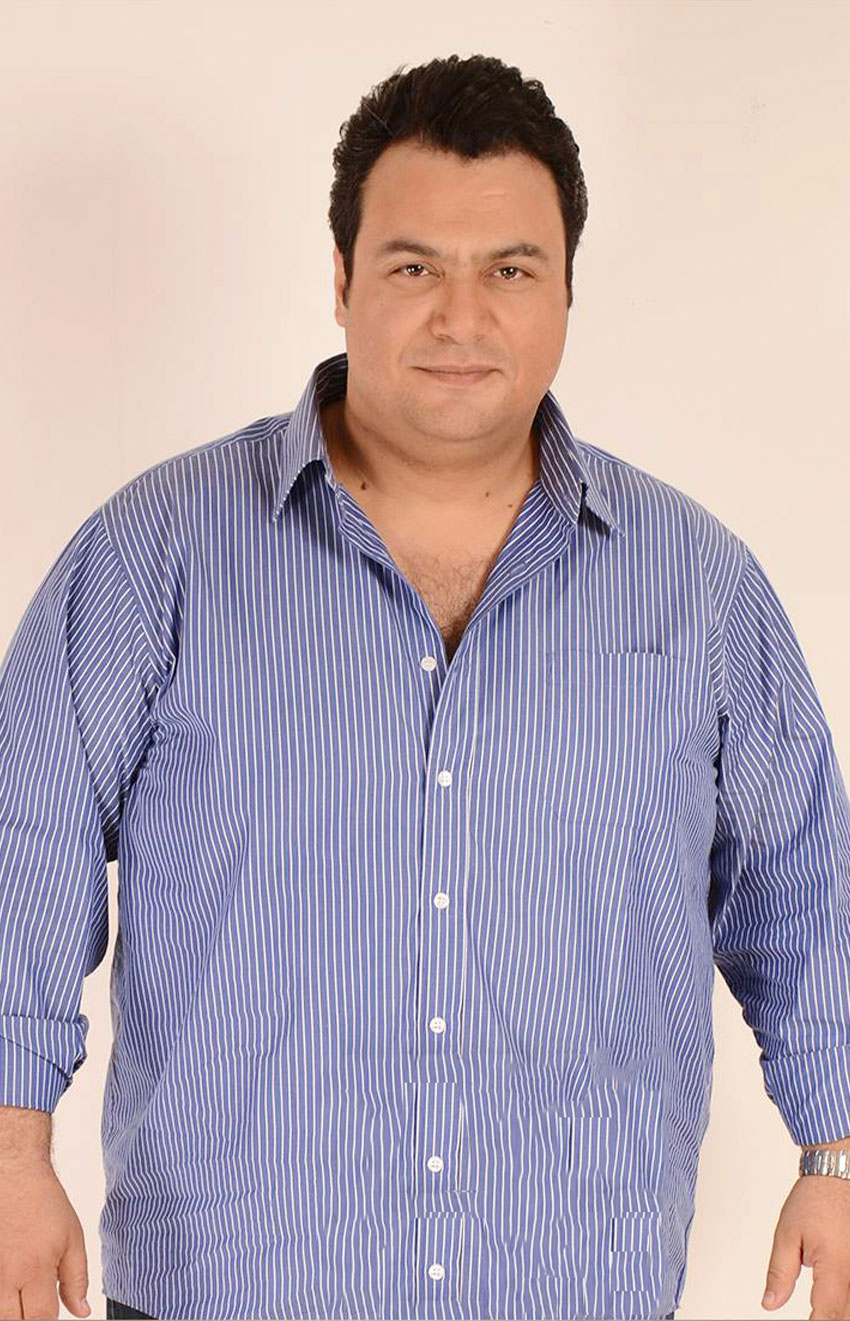 3-What did the experience add to you?
Two things: it was a gateway to a realm of huge varieties of excellent food and drink from different countries; and it gathered the biggest crowd I could have ever had. The popularity The Gourmand garnered in two or three years is worth 16 years of my work history if not more, strangely enough.

4-Do you have any funny stories from behind the scenes you can share with us?

With me, it’s always funny stories! There isn’t a particular one I have in mind, though.

5-Which was your favourite episode and why?

I do not have one favourite episode because a lot of them are my favourite. There were restaurants that I considered benchmarks in my experience, ones I cannot mention their names lest others feel left out.

7- How can you evaluate your acting experience in ‘Foq Mostawa El Shobohat’ (Beyond Suspicion)?

It was my first step to actual acting; that’s my evaluation and I think it says enough!

8-You have such a diverse background in different fields, where does your real passion lie?

Acting and singing are where my true passion lies, and I’m halfway through.

9-Do you see yourself as a food critic?
I do not. I offer reviews on my behalf, but I only consider myself an amateur food critic rather than a professional one. 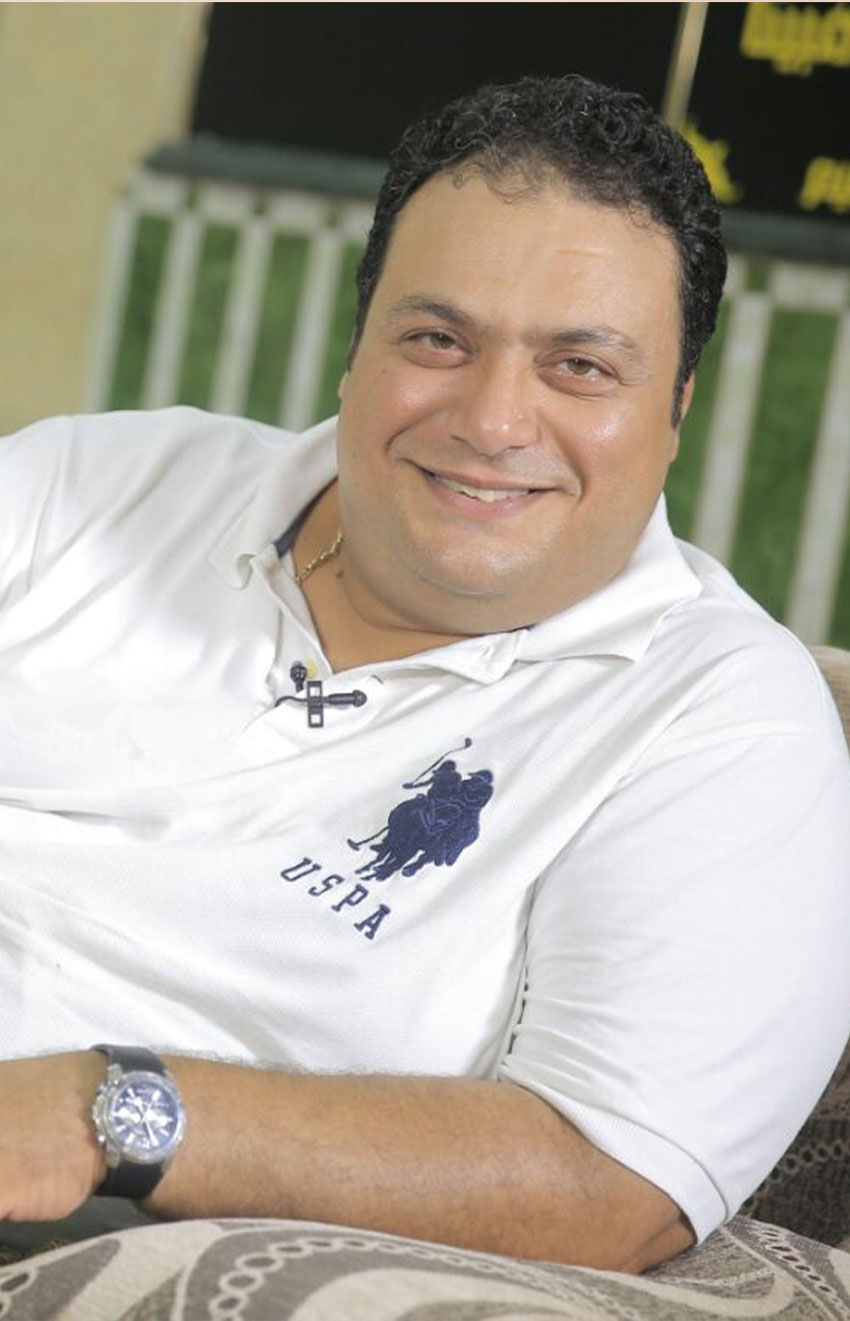 10-What’s your take on the social media wave of food bloggers happening right now?
A huge percentage of it is absolute nonsense to me. Some of these food bloggers know nothing of what they’re saying. When they judge a plate, they do not give you any proper details or a full critique on the taste, they just go “Yeah, it’s awesome!” That’s how most of them are. Some of them are really good, but that’s the majority of what’s on the surface.

11-What are your coming projects?
I have a film coming up during winter break, around mid-January, called ‘Akhlaq El Abeed’ (The Morals of Slaves) starring Khaled El Sawy. I’ll also be starring two different TV series for Ramadan, and next September you’ll be able to listen to the premier of ‘Ta’ala Ishrab Shai’ (Come Drink Tea), which will air on Nogoum FM.

12-Any upcoming music projects?
Unfortunately not. My dream of singing is on hold for now.