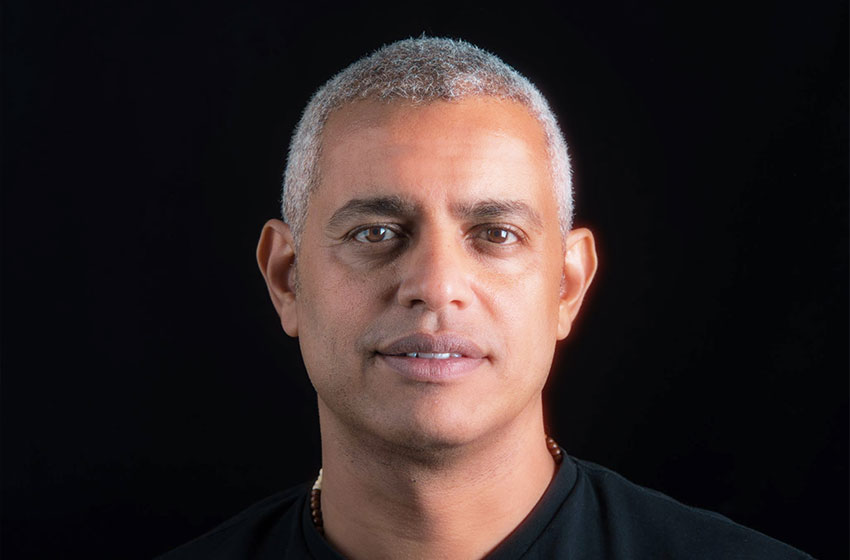 We’ve seen and loved him in The Winner is My Father, the Middle East’s best entertainment show before it stopped airing. This isn’t your usual “Where are they now?” feature, because he hasn’t kept where he went a secret, and he’s soon to make a comeback with a new show, more charity and the philanthropic work he’s always been known for. Here’s Mohamed El Koossy on his prominence and humanitarian plans.

Tell us about yourself and how your program “Al Faez Abi” (The Winner is My Father) got started.

I’ve always wanted to work on television in general and as a presenter in particular. So through an assistant producer who worked in my PR agency, I was offered to host my program where I was told they were looking for a show host. When I went, I had my interview conducted by the Minister of Information himself, Anas el-Fiqi, because the National Egyptian television was producing the show. At the end of the interview he said “See you on the screen”.

We heard you received plenty of accolades for your performance. Can you name some of them?

The show won the title “Best Entertainment Show in The Middle East” in the Arabs Media Festival shortly after the first season was aired. The show won the same gold award after the release of the second season, which was the first time in the Arabs Media Festival that any program, or anything else, has won a gold award under the same title two years in a row.

Everybody loved the show, why did its production cease?

It did not stop being produced per se. We stopped airing during the revolution, as did most shows. I then went to the USA to work there, and I have only just come back from abroad, so hopefully the show could continue now that I’m back.

When did you discover your passion for humanitarian work?

I’ve had a passion for it for as long as I can remember. I’ve worked with UNICEF, and I was one to do the communication campaign of the Polio eradication move. I have also worked with UNICEF on FGM and street children projects, which marked the beginning of me doing actual work to help children through my PR agency. I have then founded my own NGO called 4Our Kidz, which I unfortunately had to close before travelling to the USA. However, I continued to supervise my project ‘My Dream we make dreams come true’ from abroad. For ten years, this project has worked to make dreams a reality and I still have big hopes for how big this project is yet to become.

Do you plan on bringing 4Our Kidz back?

I’m working on establishing a foundation, which will be focusing on helping children in particular and on the Egyptian population on a broader prospective.

Any inspiring stories you would like to tell us about?

Plenty! When you work with children, it’s hard not to get touched by some heartbreaking stories. From kids who want to see an amusement park for the first time ever, to those who have big dreams we try to synthesize. There was this particular young man who wanted to become a security guard, so we got him the uniform and allowed him to search people. We’ve taken some kids to go see their favourite celebrities and they always end up overwhelmed with joy and it truly is the most fulfilling thing you could see. One thing I will never forget is how one of the kids’ mothers came up to me and said “Thank you for the memories that you gave my child during the last days of his life.”

What obstacles face your humanitarian work?

Nothing whatsoever. We have a lot of followers and friends who all want to help. However, I do need a proper team that is dedicated to the causes I choose to focus on because I’m not all about a one man show.

How can people support ‘My Dream we make dreams come true’?

By spreading the word. The more people know about us, the more we could help.

What is your opinion on the humanitarian move in Egypt?

I do believe it’s a bit of a trend. You see someone who shares a success story that goes viral followed by everyone else copying it in anticipation for the same exposure. On the other hand, others seem to beg for money too desperately and dryly. The commercials need to be more innovative and inspiring rather than the gloomy and unoriginal commercials we’re used to seeing in Ramadan.

How do you employ your stardom status to raise awareness on your NGO projects?

It’s mainly effective on social media. I try to document my cases and patients whose dreams are as simple as wanting a toy car. It’s all about building credibility through real stories that you portray to the audience for them to spread the word. You’d be surprised by the amount of people who want to help.

What do you still aim to achieve?

I want to focus on eradicating the street children issue in Egypt and help those children in any way that I can. I also hope ‘My Dream we make dreams come true’ grows bigger and spreads more awareness to the point that it would eventually stop depending on me alone, and instead be run by a dedicated team.

What is our charity community missing?

Organizers need to put more time into their projects; meaning, you should not just build your foundation and leave it at that. You need to personally monitor it to make sure all is going as planned and that the previous complications I mentioned are not something you’d have to worry about.

I would like to invite everyone to join our group; to support the cause, volunteer, and to commit their time to help. To do that, they can join our groups My Dream we make dreams come true and 4Our People on Facebook.