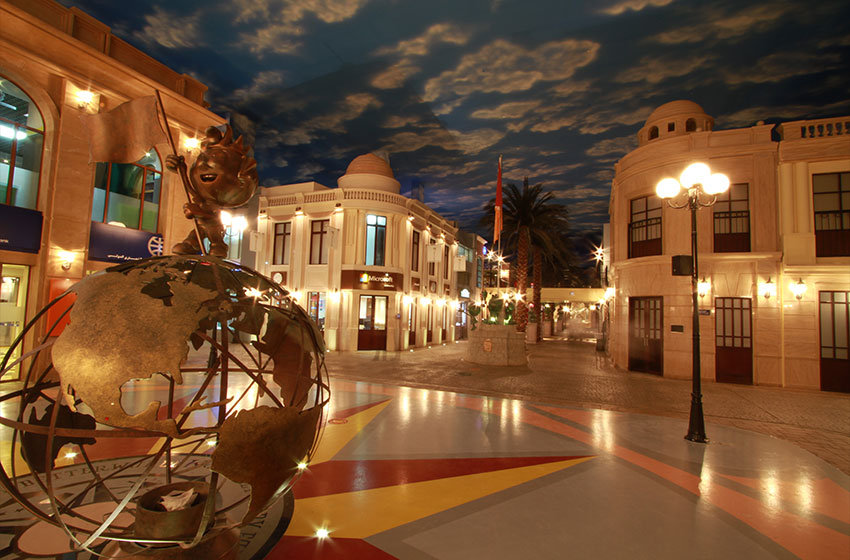 The first edutainment centre for children in Egypt has finally come: KidZania allows children to exercise their natural tendencies to role-play while preparing them to the real world with life-like tools and a realistic child-size environment. Here is KidZania’s team on how the project emerged and what the hype is all about.

While working in the toy industry, Luis Javier Laresgoiti saw something very interesting that sparked his imagination. He encountered a small childcare centre that incorporated themed role-playing activities to entertain their young clients. Mr. Laresgoiti’s observation was the ember that sparked the idea to create a mini city for children to role-play in; this concept would provide the perfect type of activity for the children of Mexico City, which lacked an educational, fun, value-oriented and social entertainment centre. Mr. Laresgoiti’s and his three friends immediately invested in the idea, formed a company, made plans to meet with developers and explored design options with architects. At this point, Mr. Laresgoiti introduced the group to Xavier López Ancona, a friend from school and an executive at that time with GE Capital. Xavier’s background working with major corporations brought deep experience at running a company. To make the envisioned city a reality from both a structural and financial standpoint, Xavier identified conditions that would need to be met. The concept had to change from a day care center to an entertainment and educational center, it needed to be larger than anticipated and it had to be equally entertaining and educational, which is what was done exactly.

A fundamental principle behind KidZania’s ‘playing to be adults’ concept is the participatory game of ‘role-playing’. Role-playing is an embedded behavior in children. They perform it naturally without previous learning or adult explanations. Unlike other activities that include directions, such as sports or video games, children need only watch an adult doing something before beginning to imitate them. At KidZania, children ages 2 to 14 have the opportunity of having adult-like experiences while experiencing the role of firemen, construction workers, police officers, and fashion designers, among others. The toys children use to simulate role-play activities look relatively the same all over the world. At KidZania role-playing is a guided activity; a social scenario that follows a predetermined storyline under the supervision of a KidZania collaborator.

While KidZania is certainly about creating fun, the goal of its programming is also very much about empowering kids with a formational experience that builds up character and aids in educational growth. A significant characteristic of the KidZania concept is its ability to entertain children within an educational context that replicates the complexities of real life, which instills participants with important values such as honesty, selflessness and generosity. It is through KidZania’s realistically rendered city design and educationally motivated activities that children will develop psychosocial, psychomotor and socioaffective skills. From hands-on exposure to the world of work to the fundamentals of financial literacy, children develop one or several of the following six essentials skills for their future life: Collaboration, Communication, Creativity, Critical Thinking, Motor skills and Self-knowledge.

This unique way of viewing role-play inspires us to build entire cities with buildings, blocks, plazas and streets for children to mimic adults. The physical space in which every KidZania facility comes to life is a kid-size, fabricated replica of a typical city with a Hospital, Police Station, Fire Station, Supermarket, Beauty Salon, Radio Station, Theater, just to mention a few to take role playing to its maximum expression.

The city plan is always arranged per three distinct city areas: the City Access is entry area to a KidZania facility, typically known as the Airport; City Center features a central plaza that hosts institutional buildings as well as the monument of the Eternal Spirit of KidZania; Lastly, the Suburbs area generally accommodates single story commercial establishments and residential buildings creating a sense of spaciousness.

One of the main goals of KidZania is to make sure that everyone – including visitors and collaborators with disabilities – has access to the city’s establishments. KidZania works continuously to develop accessible installations within the cities as part of the privilege of sharing the nation with every child. For instance a Motor, Visual, Hearing and Cognitive plan is been deployed at each KidZania.

In a city with no discrimination and no judgment, autistic kids enjoy a free city where they can express themselves, their needs as well as explore their capabilities. Allowing experts to join the special needs kids so they can fully follow, achieve and excel the same as any other kid. Furthermore, KidZania Cairo’s ‘Zupervisors’ are trained to handle autistic children in a way where they definitely can step out of their comfort zone and explore different aspects of their personalities.

Areas like collaboration, innovation, critical thinking and communication are now acknowledged as equally important as language and math. These topics may be referred to by names such as “21st century skills,” “life skills,” or “skills 2.0.” Schools are adding classes in areas like how to create video games or applied physics to both engage students’ interest as well as teach real world skills. KidZania’s focus on areas like financial literacy and the world of work is a natural complement to Life Skills curricula in schools and to the growing concern of parents who want their children to be prepared for success in the adult world.

KidZania business is a great opportunity for charities and local communities who support youth causes and seek new ways to support the community’s educational system. At KidZania, kids will have lots of fun in the safest indoor park as well as explore their capabilities and get ready for a better world.

Role-play is a form of Experiential Learning where children can move about, put themselves in someone else’s shoes, wear a costume, use props, communicate and make decisions in character. All of this allows them to take risks and explore different areas. Child development experts believe that learning from role-play is far more likely to stick with children than traditional educational methods like doing exercise sheets. Through role-play, children are making discoveries and experiments with firsthand knowledge rather than hearing or reading about the experiences of others. Child Development expert Marie Cecchini outlines the benefits of role-play in four major areas, those being: Social/Emotional, which has to do with the capability to explore, investigate and experiment in a safe environment. By recreating some of the life experiences they actually face, they learn to cope with any fears and worries that may accompany these experiences; Physical role-play, which helps children develop both gross and fine motor skills – fire fighters operate water hoses, doctors perform surgery and factory workers operate equipment; Cognitivity, which has to do with reinforcing abstract concepts they have learned in school with hands on practice; activities like counting out change at the Supermarket and taking inventory at the convenience store all promote the use of math skills; Finally, Language helps children to learn using language to explain what they are doing. They learn to ask and answer questions and the words they use fit whatever role they are playing.

KidZania Cairo is offering a variety of jobs in different fields such as: Instructors for children, Customer Service, Sales representative, IT, finance and many more.

Graduates and students are eligible to become part of KidZania’s team, those who are passionate and energetic are most welcome to be part of our team.

Since the opening of KidZania Cairo, social responsibility has become a core of our business strategy; we have given away an entire Establishment for the Egyptian Food Bank. This teaches kids about the value of charity and social responsibility. We also signed a protocol with The Ministry of Education to enable as many students as possible from different deprived Egyptian public Schools to benefit from the KidZania experience.