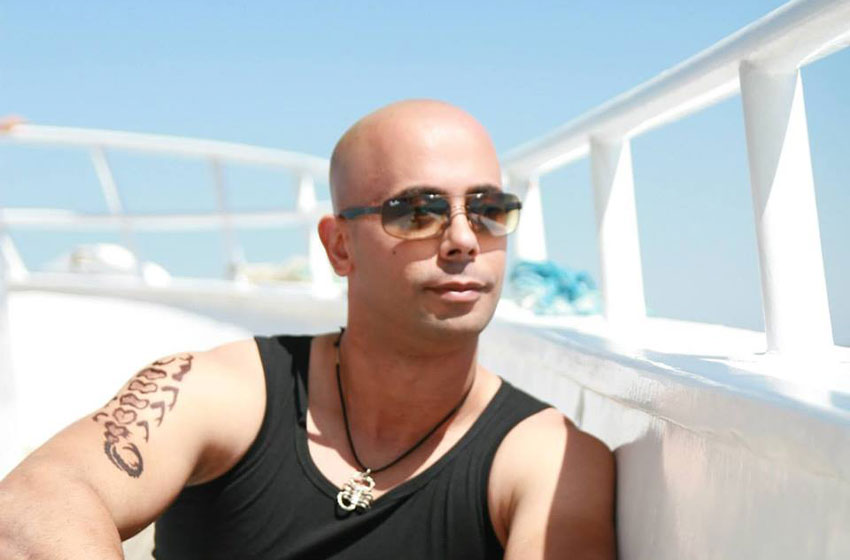 Who would have thought that in the age of government-approved animal massacres in Egypt there would come a team valiantly galloping through the streets of Cairo to save every animal soul in danger that crosses their path. It might sound like something you’d see on European news, but we’re proud to introduce you to Egypt’s first ever animal rescue NGO, CART, which was founded as a response to the mass poisoning of stray animals. If you haven’t heard of the organization, this interview with the founder of CART, Abdo Jo, might familiarize you with it a bit more.

Tell us about your organization and what drove you to building it.

I can proudly say that CART is the first real animal rescue organization in Egypt; meaning, it is not merely a shelter but one with a team that seeks to rescue animals from accidents, abuse, and abduction. It started with me as a solo rescuer. I, along with a few others, would save animals from unfortunate incidents by hand and using our own money. It began when I witnessed 13 dogs in need who were passing out one after the other due to being poisoned; I successfully gathered volunteers to help and they quickly showed up to help me. All by ourselves, we managed to save ten of them who, and on the same night I officially decided to start a rescue team in Cairo with these guys, and we named it CART as in: Cairo Animal Rescue Team.  At first, we would ‘fix’ the rescued animals and board them out of our own paycheck, but then we decided to build our own animal shelter (we now have two) and we founded CART as animal rescuing charity organization. We welcome young men and women to help us save any animal, any time, and anywhere in Egypt.

What do you do for a living, and how does it help with your mission to save innocent souls?
I am a communication Engineer. I work in Media Broadcasting, which helps me cover a lot of the costs we need for our animals including food and treatments because our donations unfortunately do not always cover the costs for the multitude of animals we have thus far rescued.

What obstacles did you have to face as a rescuer in Egypt?
Ignorance has by far been my biggest obstacle. I am always repulsed to see how plenty of people in Egypt deny the animals’ right to live among us; that they are useless, dirty, or even forbidden by religion, which is all the opposite of the truth. How the government treats those animals and seeks to slaughter them is plainly barbaric and goes against civil humanity and all religious doctrines. We also face major financial problems; it can be financially depleting to rent a land, pay for medical treatments, and food for hundreds of animals by yourself in order to help this country overcome its stray-animal issue.

Do you mainly rescue dogs?
We rescue all kind of animals, we have rescued rats, birds, snakes, and many other species, not just cats or dogs!

How do you try to change the way Egyptians treat dogs?
Through awareness campaigns that we plan to run through media and schools. We plan to make some live videos on how to treat animals to fight the notion of how animals are aggressive or dangerous.

What was the closest rescue case to your heart?

A dog named Fighter was the closest to my heart. I have lived through his every moment of suffering. He was a victim of dog fighting – left to die in the streets after losing his lower jaw in one of the fights. He could neither eat nor drink and I would have to place a special sort of soft food inside his throat, along with fluids to keep him hydrated. An American NGO offered to take him, but in his condition he wasn’t able to fly. I kept him alive and happy in my own home for about three weeks until he passed away in my arms.

How does your organization fight against the abduction of pets?

Abduction is very prevalent and we try to do everything it takes to bring them back to where they belong. We must first announce that they’re missing on our page, which usually helps us find the missing animal quicker. We then visit pet shops and Souq Al Gomaa where most abducted pets are collected. When we find the animal, we immediately report it to the police and pressure them to take action. But whatever the circumstances, we do not stop until the pet is back to its home.

Does it ever get too emotionally destructive to see such heartbreaking cases? How do you handle it?
Of course, and more than you would think! We are made to witness unthinkable horrors that one would not even dream of, but we most always try to overcome the pain such sights cause, else no one will save those innocent souls.

What is your opinion on breeding for profit? How do we help stop it?

We are against random breeding in general and for profit specifically. It is humiliating to a living soul; we have no right to employ them for trade purposes. We can stop them by passing a law that forbids it, as well as by spreading awareness on the harms of breeding. What nation do you look up to, in terms of properly treating animals?

How can we help children overcome their fear of dogs?

Their families must teach them from a young age to respect animal lives, and schools come second in teaching them that mercy to animals is important and that animals are harmless unless they think someone poses a threat to them.

What goals is your organization currently working now?

We want to build shelters in every city, establish professional animal ambulance services, run more awareness campaigns, demand a law for animal rights, make a sanctuary and apply a TNR project in order to end the animals suffering in Egypt.

How can our readers help your organization save more animals?

They can help by joining our team in CART and they can also help us financially by donating to the organization.