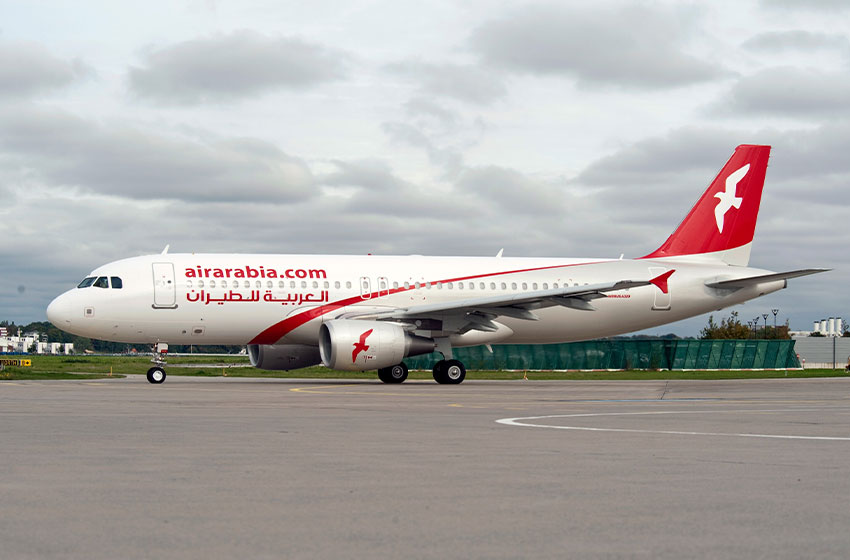 Air Arabia reports net profit of AED 245 million in first half of 2016, an increase of 3.5 per cent compared to last year

Air Arabia reported a net profit of AED 245 million for the first half of 2016 ending June 30, 2016, an increase of 3.5 per cent compared to the AED 237 million reported for the same period last year. The company’s turnover for the first six months of 2016 reached AED 1.84 billion, compared to AED 1.75 billion in the corresponding period last year, an increase of 5.5 per cent.

Marking robust growth in passenger demand, Air Arabia flew 4.1 million passengers during the first half of 2016 – up 14 per cent on the corresponding period last year. The airline’s average seat load factor for the first six month of 2016 – passengers carried as a percentage of available seats – stood at impressive 79 per cent.

Sheikh Abdullah Bin Mohamed Al Thani, Chairman of Air Arabia said: “Air Arabia’s strong financial results are a testament to the airline’s unwavering commitment to delivering on its value-added proposition for customers combined with its operational efficiency and the effectiveness of its wider growth strategy. Despite the continuous pressure on yield margins that airlines are witnessing and the challenges associated with the regional economic outlook, Air Arabia continues to deliver solid financial performance and momentum growth”.

He added: “We remain optimistic about the outlook of low-cost travel in the wider region as we continue to focus on further expanding our network and operational efficiency as well as leveraging on emerging travel trends by delivering even more value to our customers”.

Air Arabia flew over 2 million passengers in the second quarter ending June 30, 2016, increased by 12 per cent compared to the same period of 2015. The airline’s average seat load factor for the same period stood at a high 78 per cent.

In April, Air Arabia was named ‘Best Low-cost Airline serving the Middle East’ at the prestigious Business Traveller Middle East Awards 2016, in recognition of its outstanding performance in meeting the needs of executive travellers.

During the first half of 2016, Air Arabia received three brand new airplanes and added new flights to Sarajevo in Bosnia and Herzegovina from its main hub at Sharjah. In the same period, Air Arabia Jordan expanded its operations by launching a new route from Amman to Riyadh, while Air Arabia Maroc launched two new routes connecting Marrakech to Pau and Fez to Toulouse. Air Arabia today operates flights to over 120 global destinations in 33 countries from five hubs in the UAE, Morocco, Egypt and Jordan.